Images of large crowds in public space have always called for double-edged responses from the authorities. In Socialist East Asian countries, public spaces have often been designed for the purpose of celebratory mass gatherings. One has in mind the parades on Tian'anmen Square or the National Reunification Day throughout Ho Chi Minh City (30th April). Often tightly organised and controlled, these political rituals endow the cityscape with specific rhythms, re-enacting the State's presence amidst the flow of the urban everyday. Inherent to the practices of massing, however, is an unpredictable threat to the institutional order; one that ranges from potential disruptions of the ordinary to overt forms of resistance performed through public space. While Mainland China and Vietnam offer comparable situations, the case of recent street protests in Hong Kong stands out as a ground-breaking act of resistance in a context of growing fear toward authoritarianism. 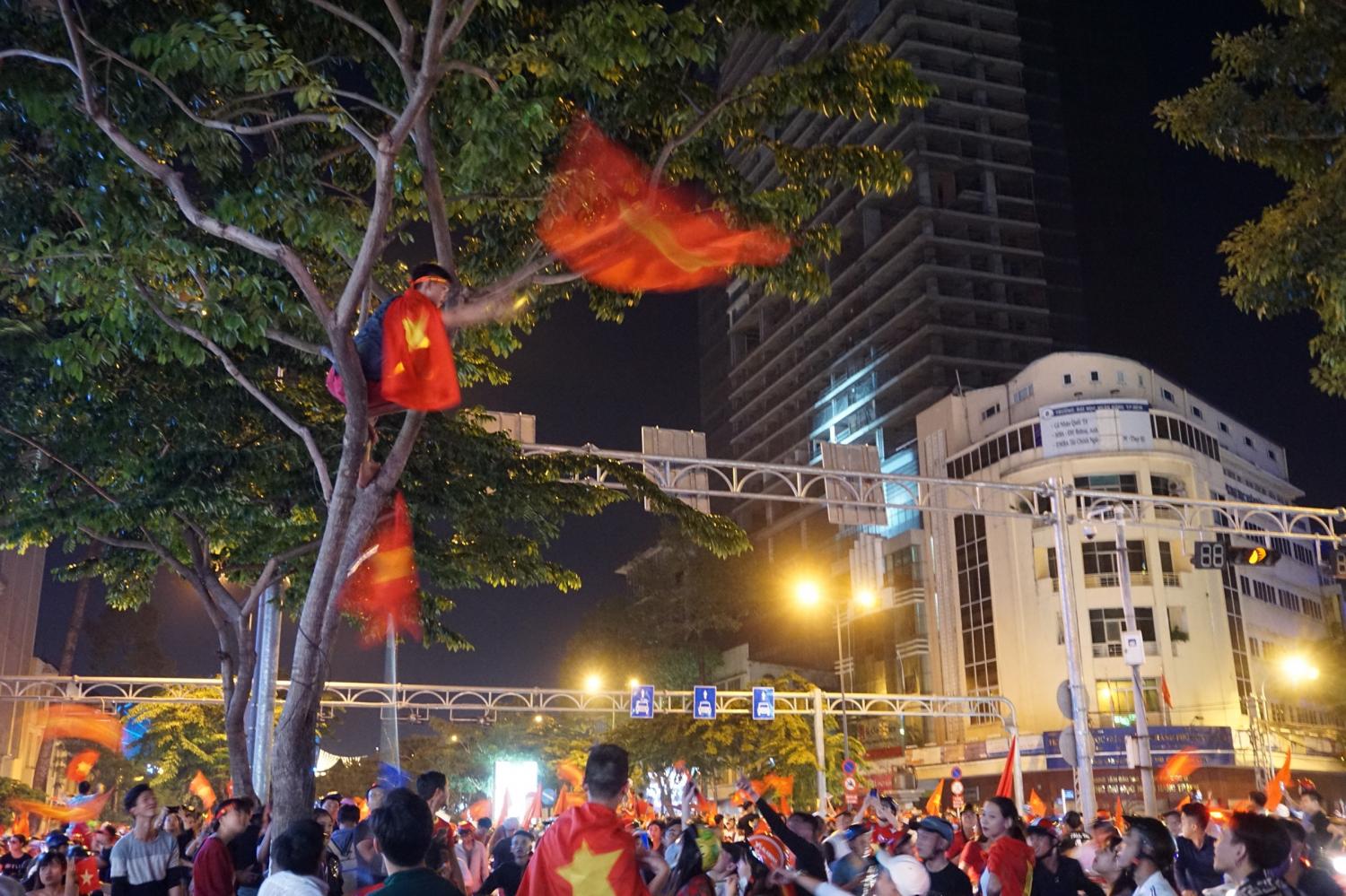 On 15 December 2018, after Vietnam national football team’s victory against Malaysia in the AFF Cup final, tens of thousands of fans took to the streets all over Ho Chi Minh City, waving the national flags and making noise with any possible object, including drums, pans and plastic bottles. This mode of celebration is known in Vietnamese as đi bão, which literally means “going like a storm”. In this picture, a man atop a tree incites a crowd of people gathered at an intersection along Ham Nghi street. 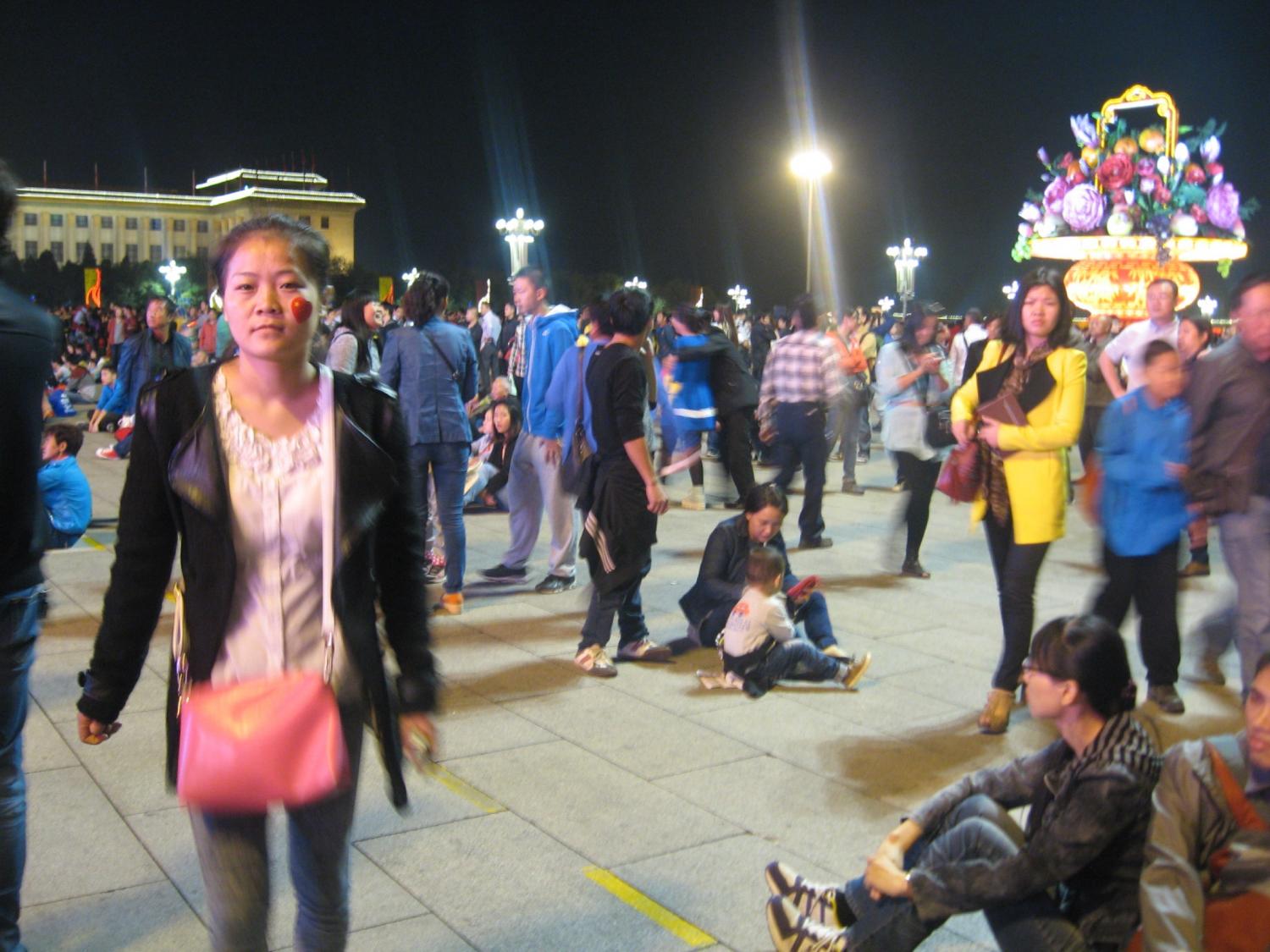 During the Mao era, National Day (October 1st) occasioned large parades and performances, staging resonance between the Masses and the Party. In today’s Beijing, these events are often remembered for their demanding rehearsals by the generations who grew up during the decades of High Socialism. In the Reform era, these celebrations no longer rely on state-organized mass mobilization. An outing to Tian’anmen Square, however, is still popular among young Chinese tourists and city dwellers. But in contrast to the aesthetics of military order, or the evening dances of the Mao era, the appearances of the gatherings are loose, lacking a shared attentional focus. 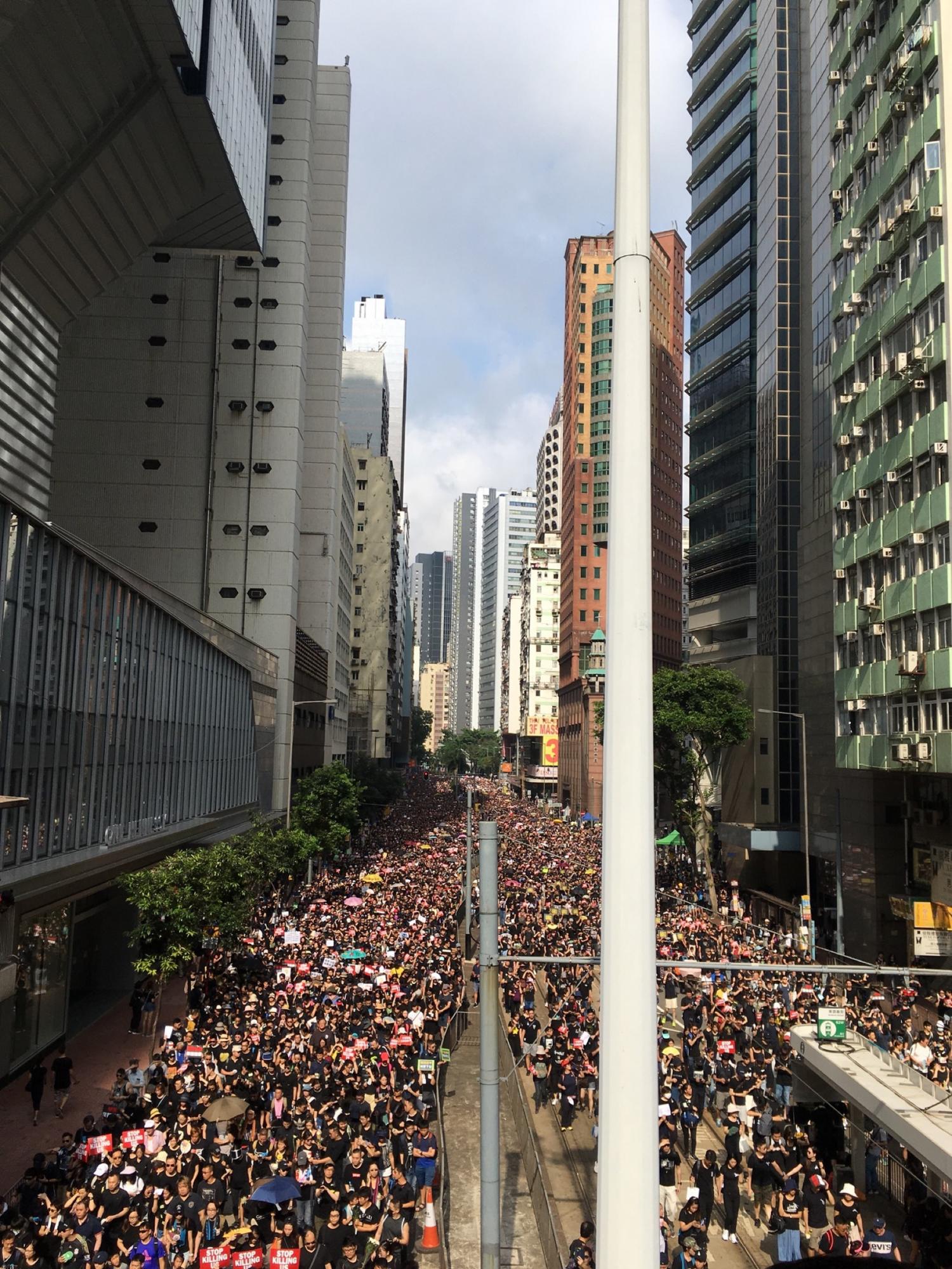 On Sunday 16 June 2019, in the afternoon, up to 2 million people (more than one Hongkonger out of four) took peacefully to the streets in opposition to the extradition bill. Through people’s faces and bodies, one could feel a unique blend of solemnity and determination. The largest march ever to occur in Hong Kong had been preceded by a series of anti- extradition bill events. On 9 June, one million Hongkongers demonstrated from Central to Victoria Park, while on 12 June tens of thousands of people organized the occupation of Hong Kong’s Legislative Council, which ended in police violence. On the evening of 14 June, more than 6,000 people participated in a sit-in in Central’s Chater Garden. This and other major demonstrations over the summer 2019 showed unprecedented cross-generational and cross-class solidarity. 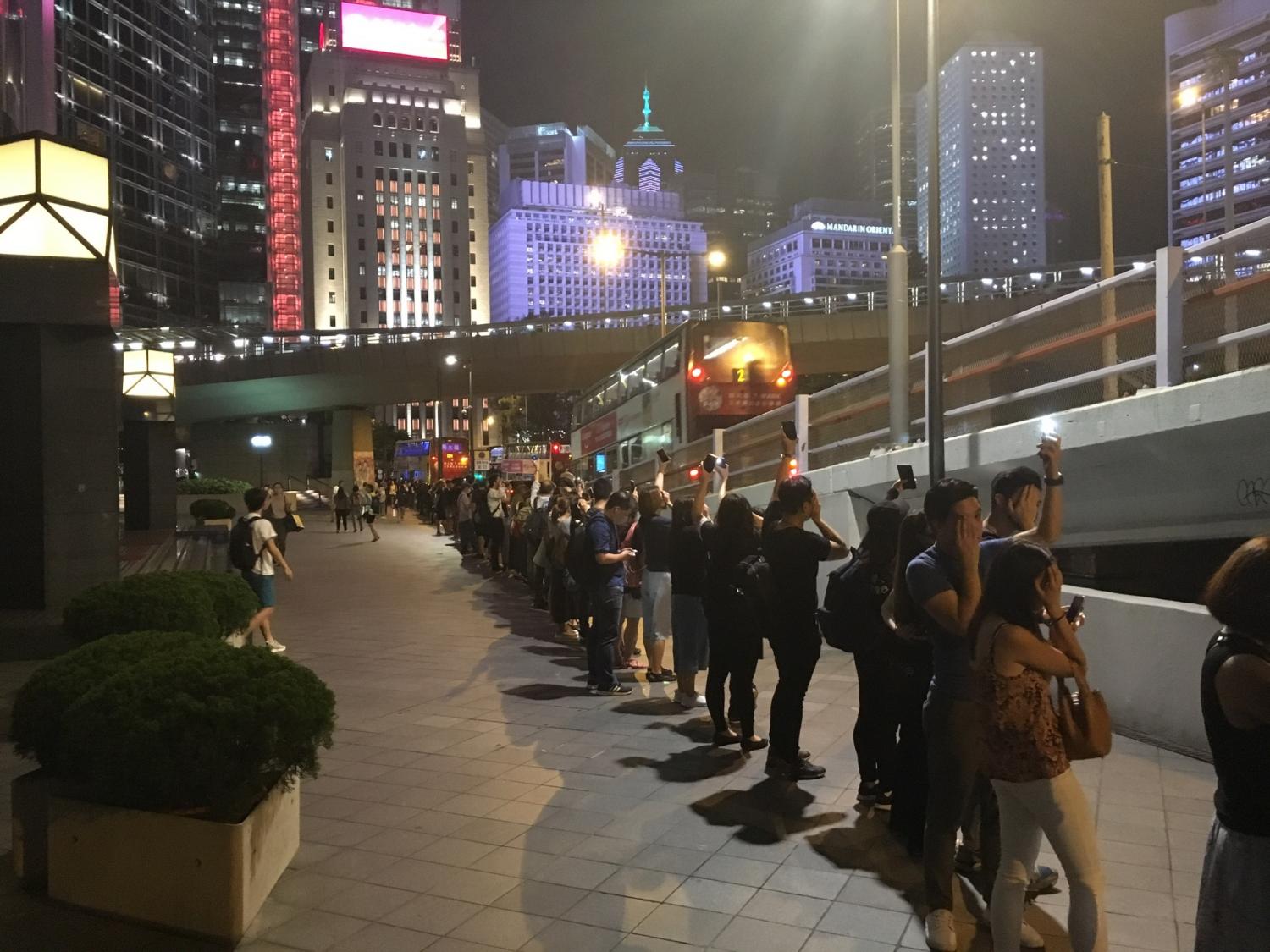 On Friday 23 August 2019, in the evening, after having left the office in Hong Kong’s Wanchai district, I saw a human chain which, we learnt from the media on the next day, span on over 30 miles and was inspired by anti-Soviet protest (The Baltic Way) in Latvia, Lithuania and Estonia. I followed the chain from Wanchai straight to Admiralty and then Central. It was a peaceful evening, but there was something magic in the air.