Entangled amidst a global network of cultural circulation, East Asian cities provide booming youth subcultures spaces for expression. In a context dominated by official narratives of “civilization”, young people appropriate spaces regardless of their initial planned function. In Vietnam, urban squares thus serve as a practice ground for hip-hop dancers while skateboarders take over walking promenades to escape the city’s traffic. In the attempt to carve out spaces of subcultural performances, urban China is witnessing the mushrooming of (sometimes short-lived) self-managed venues. These places afford regulars the freedom of extra-ordinary behaviour, one in which even playful vulgarity and drunkenness end up being normalised. 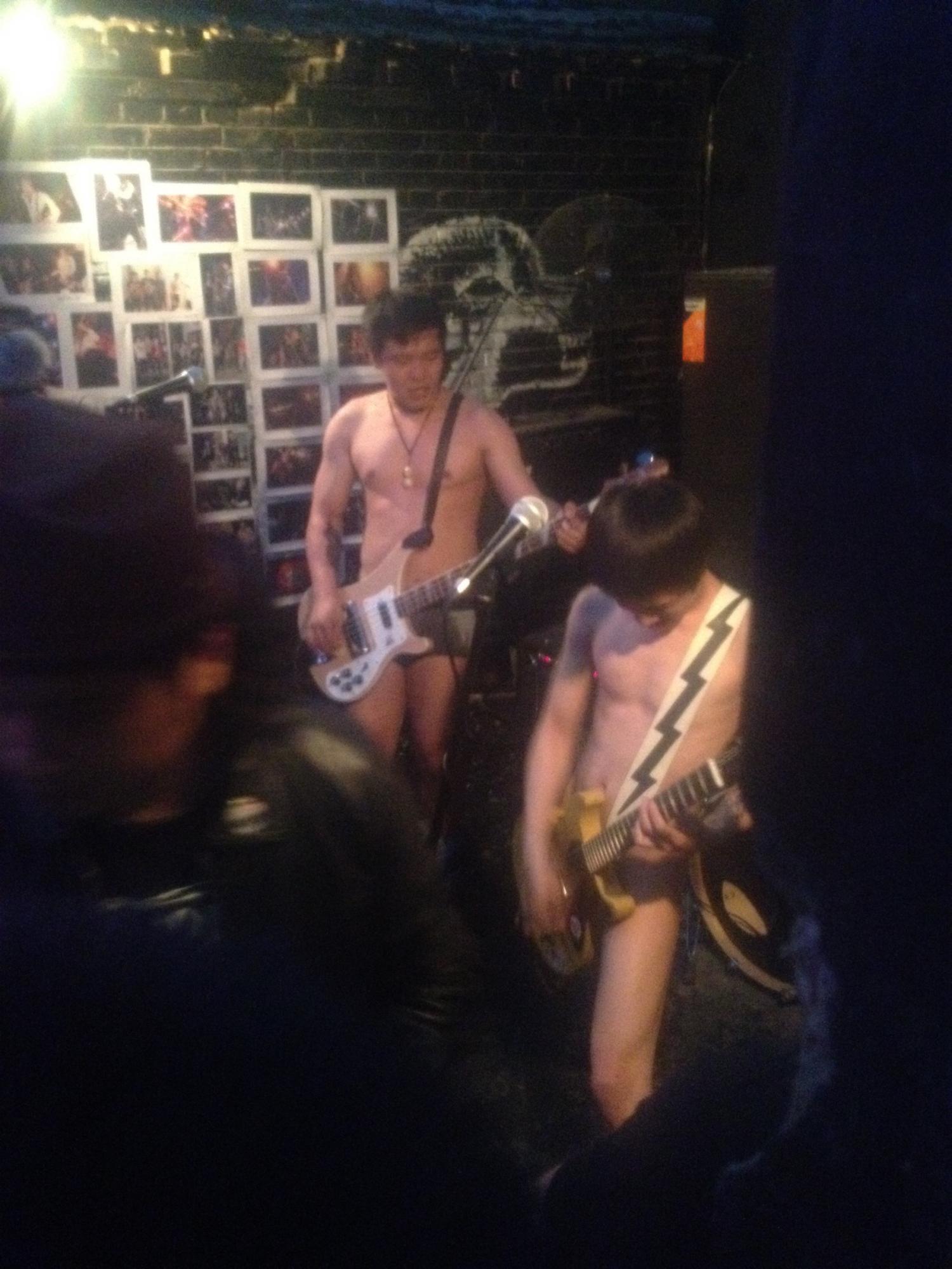 The Diders playing naked at a punk-rock show

The punk-rock band The Diders playing naked during the second edition of the Strawberry Fucktival on May 1st 2014 at the DMC. The DMC was located in Tongzhou, a suburb of Beijing (China). Heavily influenced by the Japanese punk band Jet Boys, The Diders often get naked during their live performances. The performance of nakedness can be found in other Chinese punk communities, as in Wuhan, where “streaking” (luoben) is still very popular. 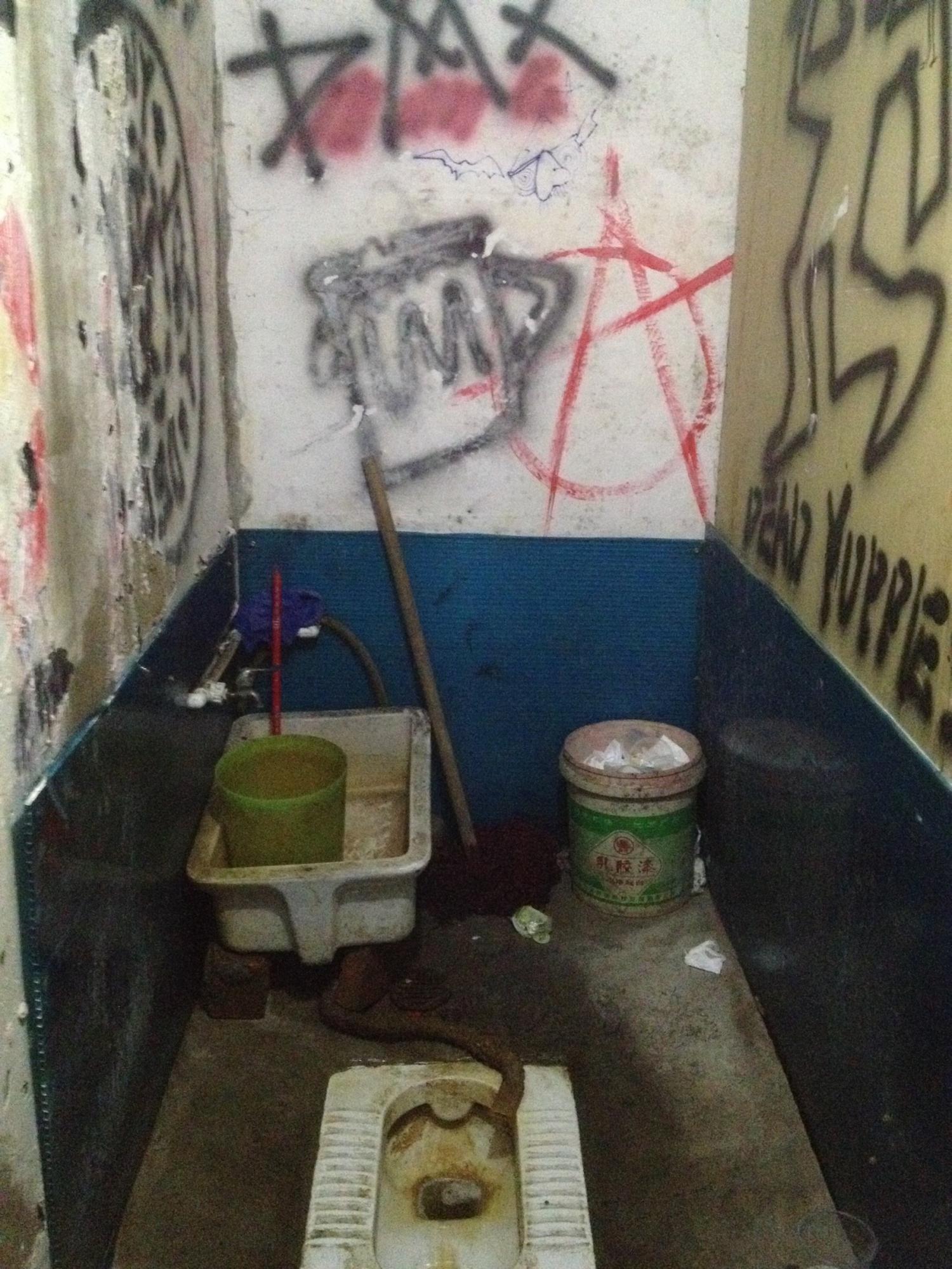 The toilets of the DMC

Located in a shabby district of Tongzhou, the DMC livehouse was created by Spike, the singer of the punk band Demerit, to allow punk bands to organise themselves and managing their own performances. In its early days (here in 2014), the venue did not have a restroom to accommodate the audience, who had to go to a nearby and very rustic public toilet. Like the DMC itself, the toilets are tagged by the punks as a way to express themselves and appropriate their own space - we can distinguish in the picture a pint of beer, an anarchist symbol and the cover of the New York hardcore band Agnostic Front 1999’s album, Dead Yuppies. 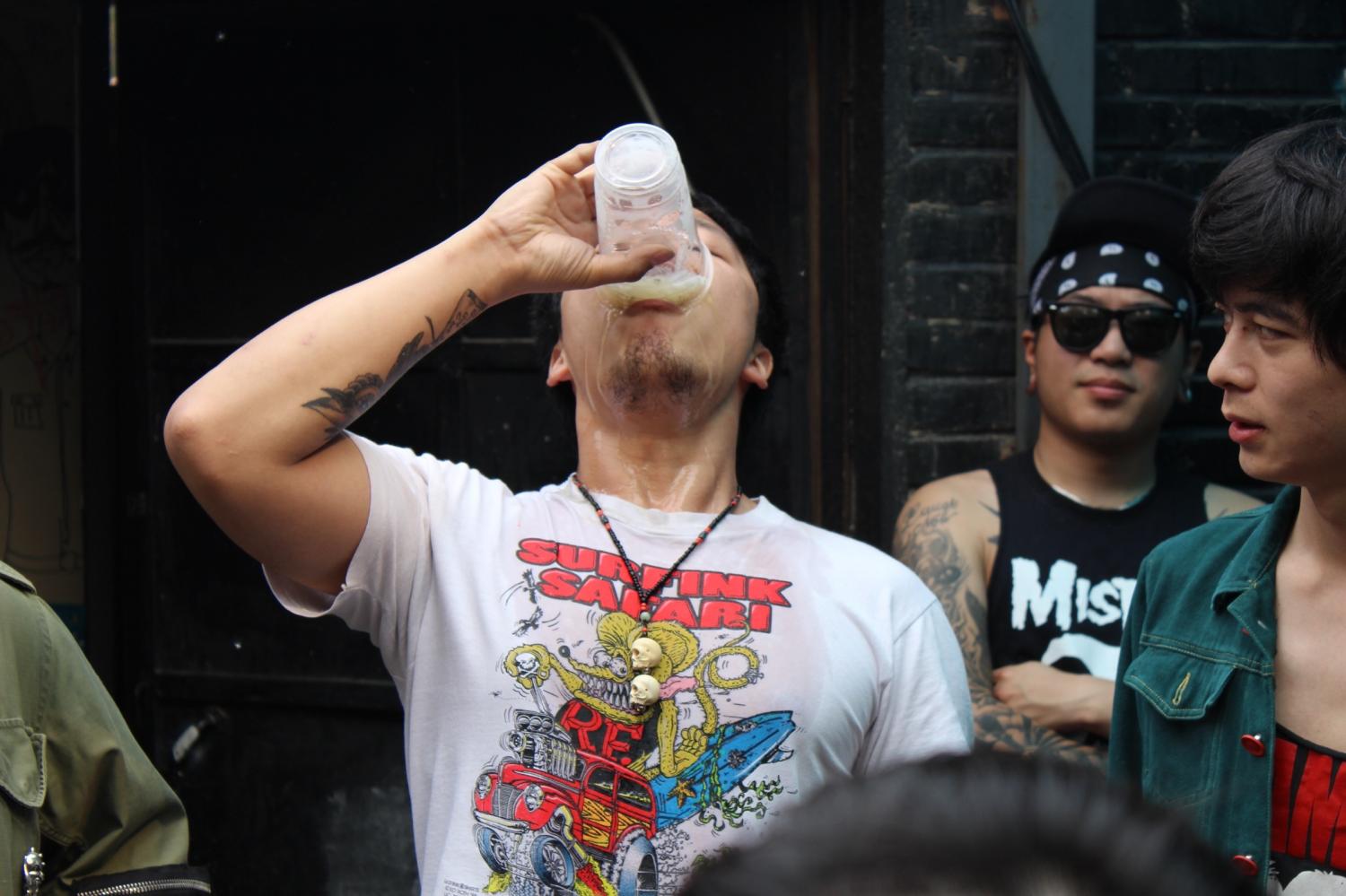 Beer competition during a punk festival

A beer competition during the first edition of the Strawberry Fucktival on May 1st 2013, at the Houyuan Jiuba, Tongzhou. Tired of being rejected by major rock festivals organised during the May 1st holiday, the local punk community decided to create their own festival, the Strawberry Fucktival - a scoff at the more official Strawberry Festival organised by the music label Modern Sky. The punks held a beer competition between the bands to decide on the line-up of the festival. 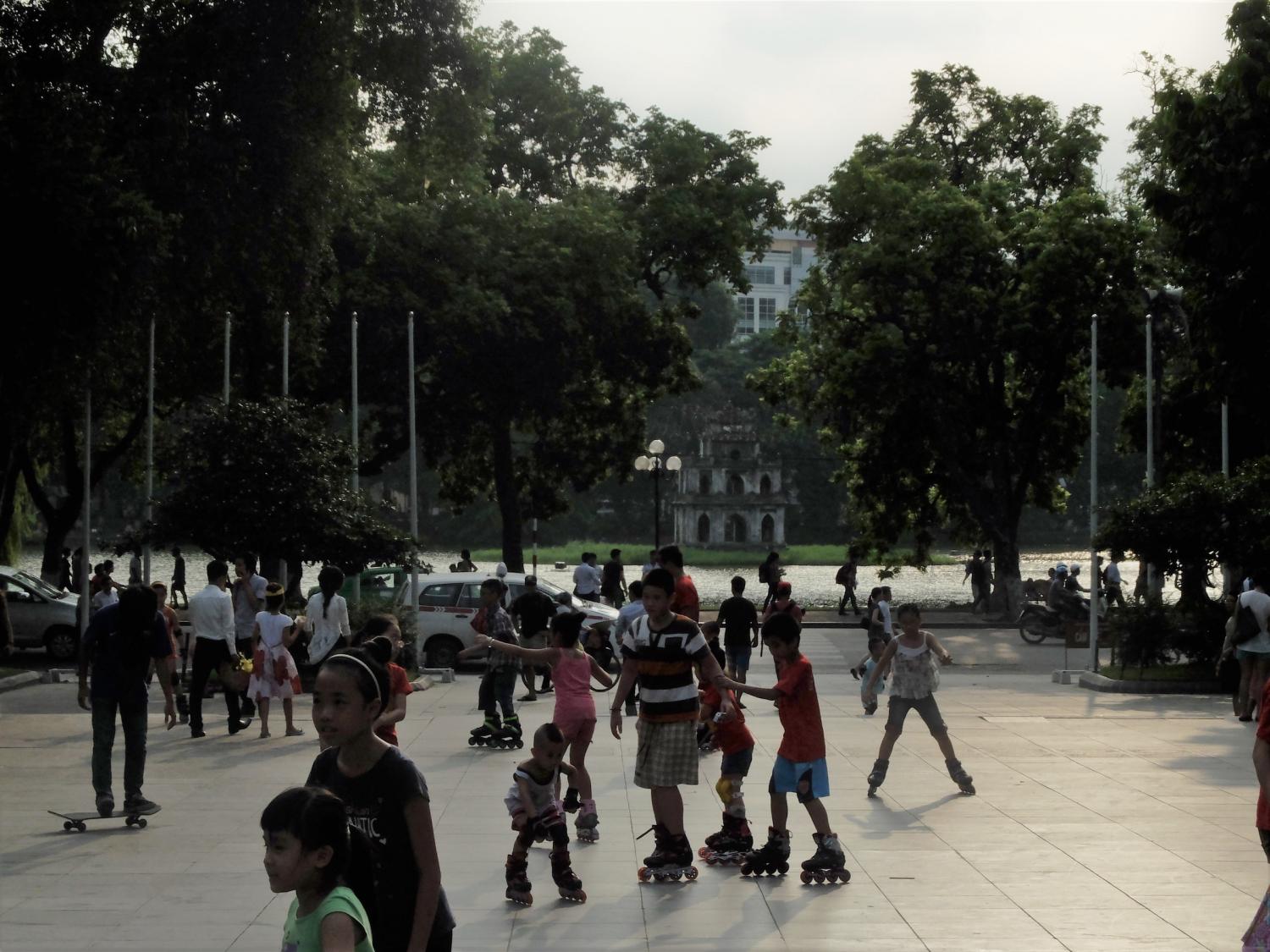 Rapid urbanization and densification have favoured a new use of public space and allowed for the flourishing of spontaneous urban practices. In trying to access public spaces for their activities - e.g. skateboarding, inline skating, hip-hop dancing - youngsters must confront multiple sets of rules, imposed by not only the state, but also residents. Due to their heavy reliance on the material environment of the city, such practices are also perceived by other public space users, and by local authorities, as damaging to the urban environment. Nevertheless, given their non-confrontational and non-political nature, these youthful tactics of place- making have gradually become normalized in urban public spaces.