Cultural performance has been central to youth culture in Socialist Asia. From school children to young members of party-sponsored organizations, all would have to participate in a range of “propagandistic art” (wenyi xuanchuan) activities. In these days, the Soviet Union played a key role in the circulation of artistic forms. Nowadays, the youths have more spaces to carry out their leisure activities, outside of party organizations. The taste for public performance, however, has remained, being increasingly shaped by globalized trends with Japan and South Korea being the models – even though, in this cluster, the accordion in Marie Bellot’s photo (Figure 1) reveals surprising afterlives of the Soviet influence. This performance culture implies skills of spatial appropriation. Urban landmarks are used as iconic front stages (Figure 2) whereas interstitial, transitional spaces serve as back stages (Figure 3).

A concert evening at the Beijing Youth Space in 2012. Productive times eat into the lives of young workers. Friday and Saturday evenings particularly allow them to escape from work with simple concerts: those who know how to play an instrument stage themselves for more or less improvised performances. Here, the musician is in his twenties and is not very well known: proximity in age and in profile to the public is often sought after for outside speakers invited to this place, in which the decor (paintings on the walls, writings in English, bookshelves) is built to mark the space as cultural and cosmopolitan. 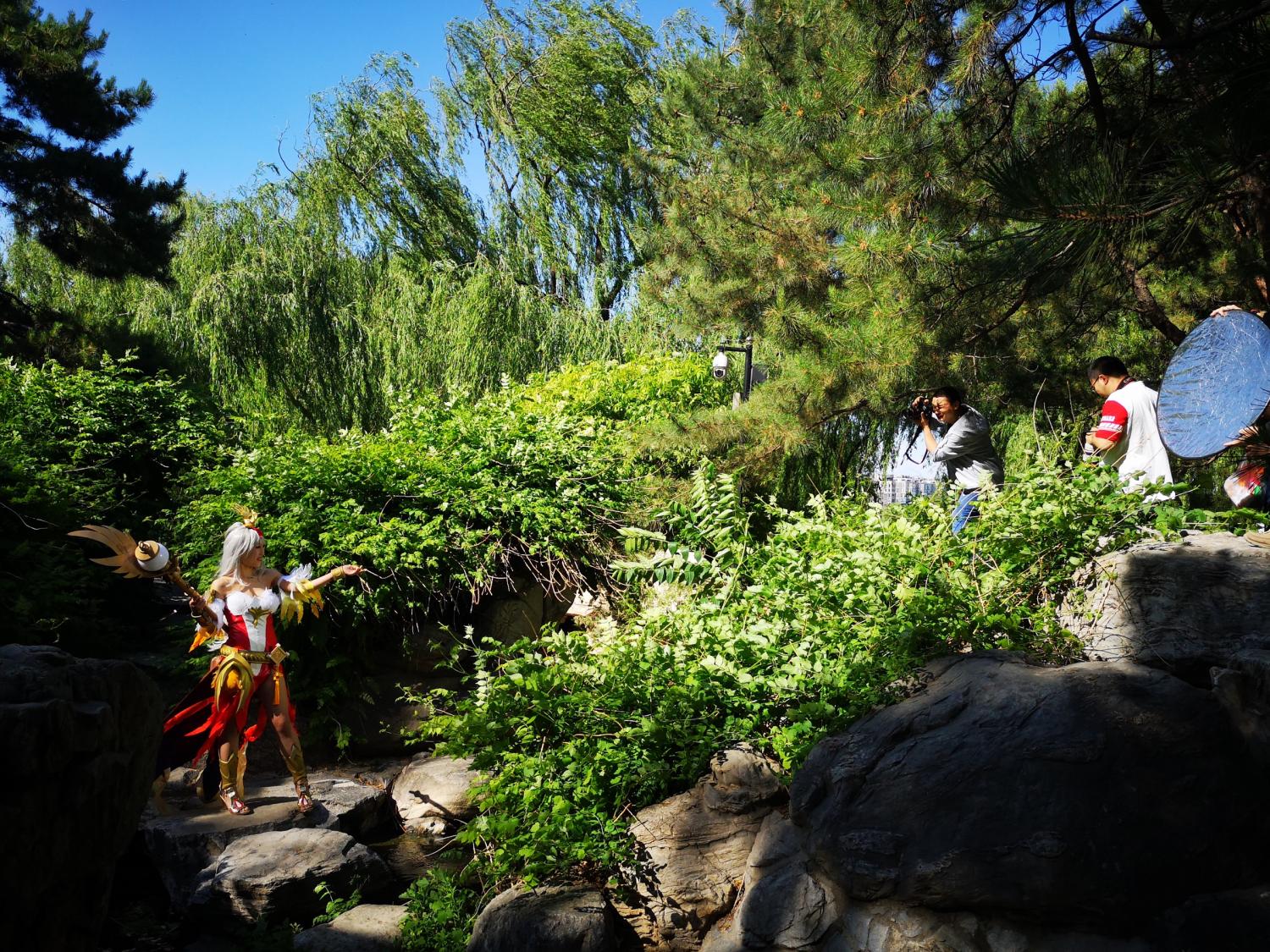 Increasingly popular since the early 2000s, Cosplay is not something to miss in China's urban settings. Taoran Ting Park (here in 2018), along with many other scenery parks in Beijing, offers varied backdrops, which meet specific needs of each content. The performance happens when cosplayers prepare for a signature gesture of the character, and the final work will be presented in online media or in printed albums for sale. Being in costumes in a leisure park itself is a performance already. Curious passers-by would stop to take photos through their audience gaze or to start a conversation. 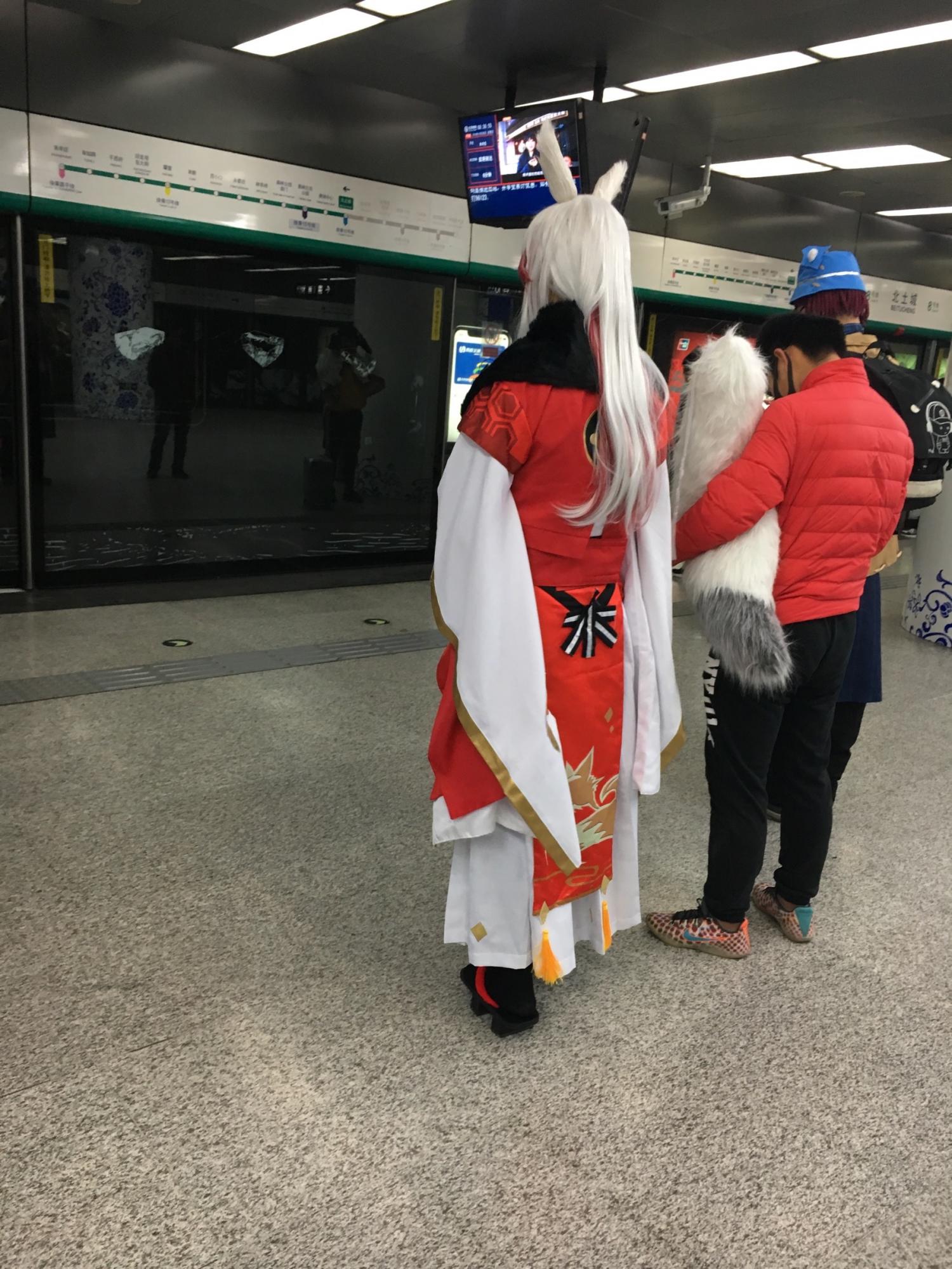 ACG-conventions open doors to the existing spatial limitation and regulation. During the sessions of such conventions (here in 2018), the near-by metro stations would loose their regulations on dress-code. Cosplayers break the regulations and use stations as a back-stage by getting ready before entering the conventional spaces. Regular riders of the metro system would not show their estranged looks towards cosplayers, as the metro station is, during the conventions, not merely a station for rides but also a gateway to the ACG world. It is an extended stage, a result of the radiation of the ACG world.