Although the “green city” has increasingly emerged as a model for urban planning in China and Vietnam, cityscapes remain confronted with the issue of public space as a scarce resource. Urban sprawl in South-/East Asia is often accompanied by commodification and privatization, which limits the amount of recreational spaces accessible for free by city dwellers. Popular spatial practices, however, often evade or exceed these logics of marketization: claiming buildings and parts of parks, or gathering on wayfares for their own uses are common practices among the youths. Appropriation, here, means more than collective presence; it involves the very repurposing of the planned functions of given spaces, revealing the spatial agency of the urban youth. 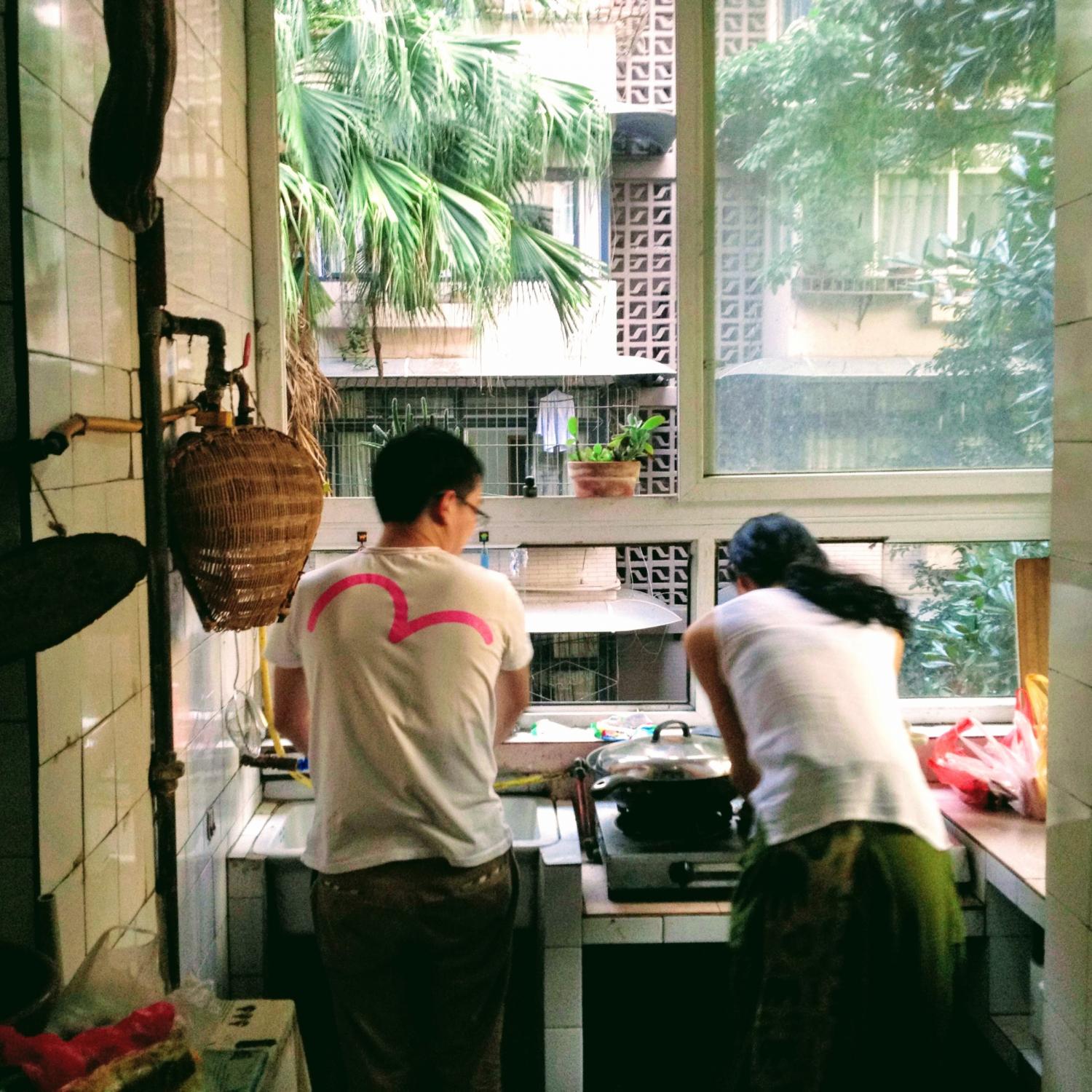 Spaces for “doing together”

In the kitchen of an apartment in a “youth space” in Chongqing, in 2014. Two residents prepare food together, for a collective meal between volunteers, people who are living there for some time and some people just dropping by. Often confronted with shared accommodation that offer few living spaces, young skilled workers in major Chinese cities create or join in spaces that allow them to "do together" activities, from the simplest (here a shared meal) to more elaborate ones. Compared to most of the activities that the space offers, whether cultural, intellectual or social, such behind-the-scenes moment is one of relaxation and confessions. 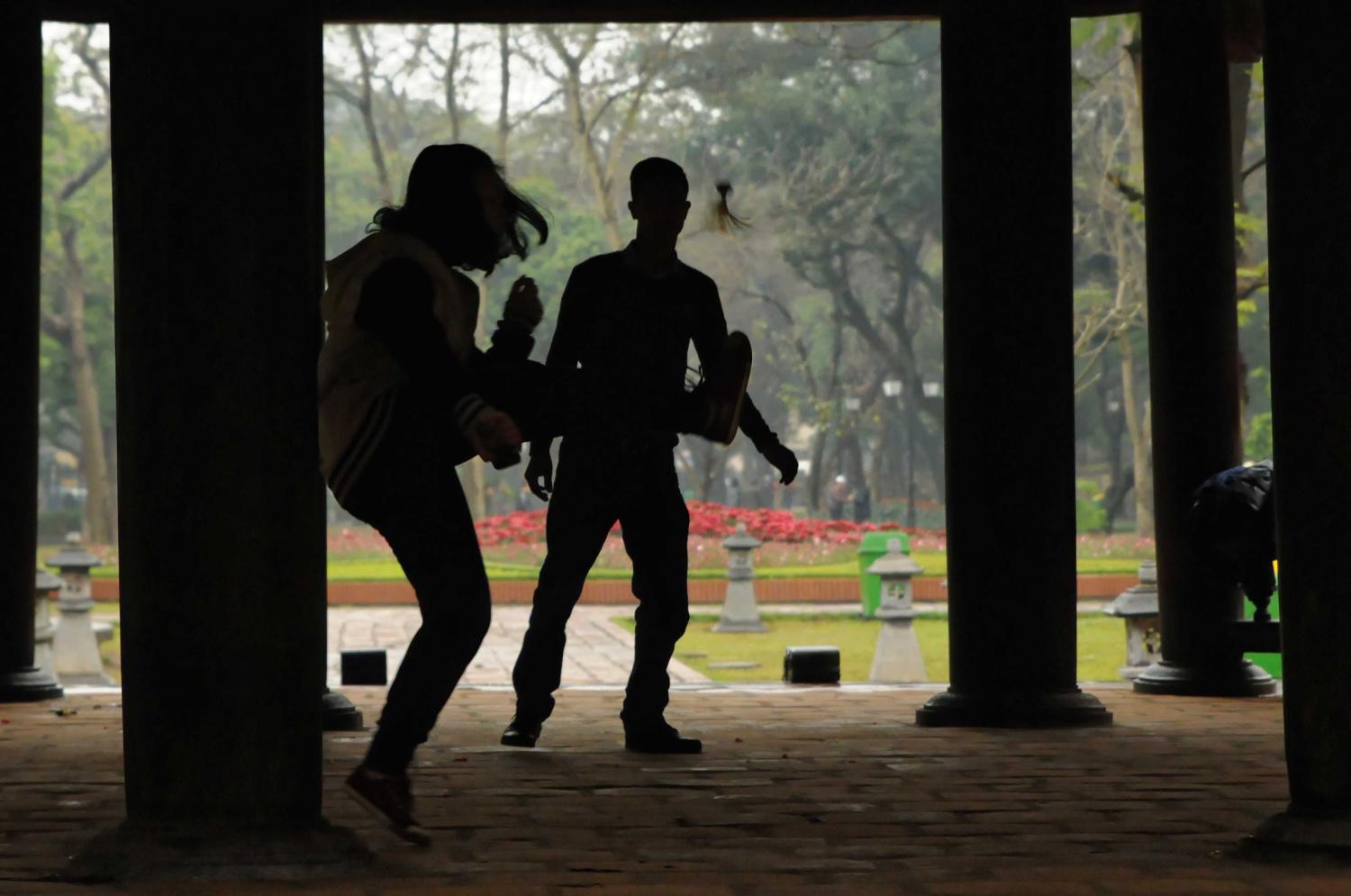 Temple of Literature, Hanoi, Vietnam (2014). The garden is a welcoming space for playing games and sports sheltered from the traffic. An ancient wooden kiosk even protects the sporty boys and girls from the rain. They can more easily play this Asian shuttlecock game which requires acrobatic movements. 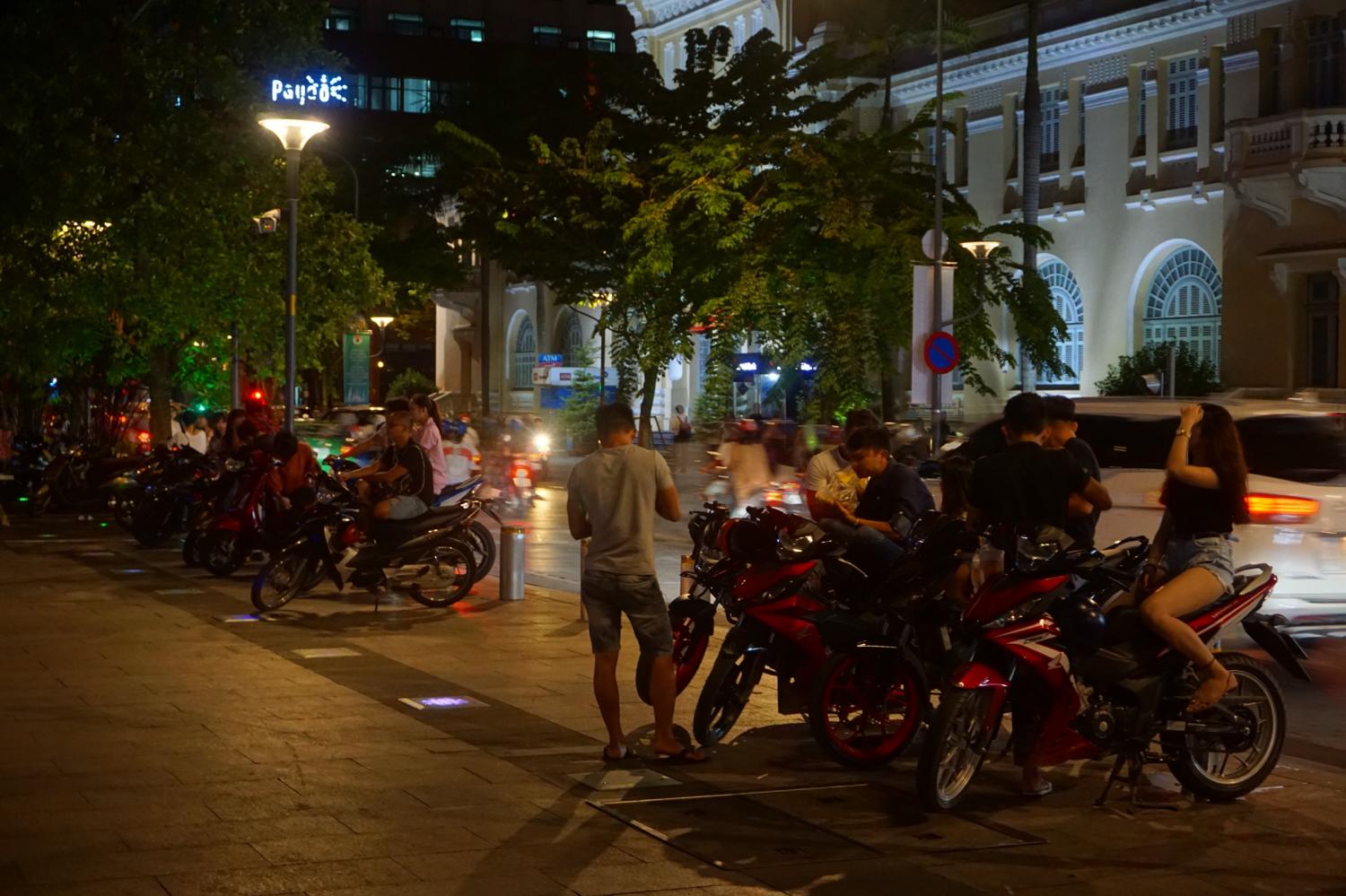 Phố đi bộ Nguyễn Huệ (Nguyen Hue walking street) is located in the heart of downtown Ho Chi Minh City (Vietnam). It consists of a pedestrian boulevard surrounded on both sides by lanes for motorised vehicles. Nguyen Hue (here in 2018) is a popular spot among young urbanites, attracted by a plethora of fancy bars, glamourous coffee shops, and high-end boutiques. For those who want to avoid paying parking fees or patronizing overly expensive places, idling aboard their motorbikes - although not being allowed - is a common practice of collective participation in urban night-life.